"Take the children into the forest! Otherwise, we will starve to death!" Mother said.“不行，那太残忍了。”"No, that's too cruel."“好，那你就去找食物来呀。”

"Well, then you have to look for food."因为实在太贫穷，不得已，父亲只好答应了。Because it was too poor, no, father had promised.班吉尔和科兰蒂兄妹俩听了很伤心。

聪明的班吉尔趁爸妈都睡了以后，偷偷的跑到院子，捡了许多石子放在口袋里。Badger and Koranti are brother and sister listened very sad. Bangui smart, while after theparents were asleep, secretly went to the yard, pick up a lot of stones in my pocket.第二天，夫妇俩果然带他们到森林去，班吉尔便沿途丢下了许多石子，以做为回家时认路的路标。

The second day, the couple was to take them to the forest, Badger along the way and leavemany stones, to sign as home to know the way.“你们在这里等着，我们去砍柴啊。”"You wait here, we go to the wood."兄妹俩坐在草地上玩耍，不知不觉就睡着了。

等醒来时，天已经黑了。The brother and sister sat on the grass to play, imperceptibly asleep. Wake up, it was already dark.科兰蒂害怕得哭了起来。

Two people finally came home, my father is very happy, but mother was calm face.才过了几天，班吉尔又听到妈妈对爸爸说：“这次，一定要让他们回不来。”Only a few days, Badger heard the mother said to the father: "this time, to make sure they don't come back."晚上，班吉尔想去捡石子，但门被锁上了。

At night, Badger want to pick up the stones, but the door is locked.第二天，也是同样的情形，班吉尔只好用面包代替石子，沿路撒下去。没想到，面包却被鸟给吃个光。

The second day, the same is the case, Badger had to use bread instead of stones, and down along the road. Unexpectedly, the bread was the bird to eat a light.兄妹俩一直睡到半夜才醒来，班吉尔安慰着妹妹说：“没关系，面包屑会告诉我们回家的路。”The brother and sister always woke up in the middle of the night, Badger comfort her said:"never mind, bread crumbs will tell us the way home."可是，怎么找也找不到面包屑。

But, can not find how to find bread crumbs.“啊！怎么办呢？”"Ah! How to do？"“肚子好饿呀！”"Hungry！"两人饿着肚子在森林里徘徊，科兰蒂禁不住又哭了起来。Two people hungry belly wandering in the forest, Corran couldn't help crying.“妹妹，不要哭，等天亮了，哥哥再带你回家。”

Soon, the dawn.兄妹俩一醒来，就努力的寻找出路，走啊走的，突然，班吉尔的眼睛一亮，叫着说：Both brother and sister to wake up, just to find a way out, walked and walked, suddenly,Badger's eyes a bright, cried：“看！那有栋房子！”"See! The house！"他们高兴的走近一看，“哇！这房子全部是用糖果、饼干做成的呀！”They're happy approached a look, "wow! This house is all with candy, cookies made！"兄妹俩实在是饿坏了，忍不住飞奔过去，拆下房子忘情的吃了起来。Brother and sister both is really hungry, could not help but flew past, remove the house is indifferent to eat up.“啊！真好吃！”"Ah! This is delicious.这时，从背后传来和蔼的声音说：“是谁在啃我的房子呀？”一位贵夫人从屋里走出来。

Then, from behind the gentle voice said: "who is nibbling at my house?" A lady came out from the house.“对不起，我们是在森林里迷路的孩子。”"Sorry, we are lost in the forest children."贵夫人很温和的说：“噢！可怜的孩子，进来吃吧！屋子里还有许多好吃的东西。”

Your wife is very modest and said: "oh! Poor child, come and get it! There are many good things in the house."吃饱后，贵夫人就让他们俩人睡在漂亮又舒适的床上。兄妹俩好开心哦，不一会便睡着了。

After eating, your wife let both of them sleep in beautiful and comfortable bed. Brother and sister both good happy Oh, soon fell asleep.“嘿嘿嘿……成功啦！”"Hey hey hey。

In fact, your wife is a man eating witch change. "Well! The man is fat, eat him."第二天，班吉尔就被关到一个大箱子里去。Second days, Badger was close to a big box.科兰蒂高兴的跑去打开箱子，将班吉尔救了出来。

Corran was happy to run to open the case, Badger will be saved.“哥哥，哥哥！魔女死掉了！”"Brother, brother! The witch is 。

"Throw the children to the forest,or we will starve to death!",says a new mother.

"OK,then you go to find the food",because of extreme poverty,the father had to promise it.

Bankie as well as the brother and the sister Clandie was very upset after hearing of it.The smart Bankie ran to the yard and picked up many stones putting into his pocket in silence after his parents fell asleep.

The next day,the couple surely took them to the forest,and Bankie threw away many stones on the way to make them as the guidepost of going back home.

The brother and the sister were playing on the glass,and they fell asleep unconsciously.It had got dark when they woke up.

糖果屋英文版原文："Leave the children in the forest! Otherwise, we will all starve to death!" The new mother said."No, that's cruel.""Well, then you go and find food." Because he was so poor that he had to agree.The two brothers and sisters, Bangil and Coranti, were very sad to hear. The smart Bangil sneaked into the yard after his parents had gone to bed and picked up a lot of pebbles and put them in his pocket.The next day, the couple took them to the forest, and Bangil dropped many small stones along the way as a sign to recognize the way home."You're waiting here. Let's go chopping wood." Brothers and sisters sat on the grass playing, and unconsciously fell asleep. By the time I woke up, it was already dark.Candy House,Candy House,Collanti cried with fear. Bangil led her weeping sister and followed the sign of the pebble to go home.When they finally came home, Dad was very happy, but Mom was calm.Only a few days later, Bangil heard his mother say to his father, "This time, they must not come back." In the evening, Bangil wanted to pick up the pebbles, but the door was locked.The next day, in the same way, Bangil had to use bread instead of pebbles and scatter it down the road. Unexpectedly, the bread was eaten by the birds.The brothers and sisters didn't wake up until midnight. Bangil comforted her sister and said, "That's all right. Bread crumbs will tell us the way home."But you can't find breadcrumbs anywhere."Ah! What should I do?""What a hungry stomach!" They wandered in the forest hungry, and Coranti could not help crying again."Sister, don't cry. My brother will take you home when daybreak comes." Later in the night, the brothers and sisters were tired and fell asleep again unconsciously.Soon it was dawn.As soon as they woke up, they struggled to find a way out. They walked and walked. Suddenly, Bangil's eyes lit up and cried, "Look!There's a house over there!" They approached happily and looked, "Wow! This house is all made of candy and biscuits! " Brothers and sisters were really hungry. They couldn't help rushing over and tore down the house and ate it reluctantly."Ah! How delicious!At this time, a kind voice came from behind and said, "Who is eating my house?" A lady came out of the room."Sorry, we're lost in the forest." Your lady said gently, "Oh! Poor child, come in and eat! There are many delicious things in the house.After they had eaten enough, the lady let them both sleep in beautiful and comfortable beds. Brothers and sisters were so happy that they soon fell asleep."Hey, hey, hey。

Success!" Actually, your lady is a devil who eats people. "Well! The man is fatter. Eat him first.The next day, Bangil was locked up in a big box."Give this to your brother and I'll eat him better. Come on!" Corandi sobbed in horror, but it was no use crying. The magic girl ordered her to do all kinds of work,and scolded her as soon as she had a rest.Every day, the witch girl would come to see Bengil and touch his fingers to see if she was fatter, but Bengil was very clever.and every time she reached out the chicken bones she had eaten to touch him.Alas! After eating so many things, why haven't you gained more weight?The witch girl can't wait any longer. She cries, "Corandi, I won't wait any longer. Now you go to make a fire. I'm going to cook your brother today.Quick! Quick!The witch ordered Corandi loudly, and she was busy moving a big pot herself."Ah! Will my brother be eaten like this? Corantie looked at a large pot of water and thought sadly."It would be better to die in the forest together if I had known that." Collanti was very anxious, but did not know what to do."What are you doing there? Go and make a fire!" The demon girl shouted fiercely.Corandi was crying and lighting a fire.After a while, the magic girl called her again, "See if the water is boiling?" At this time, Collanti suddenly had a flash of inspiration and thought of a good way to save her brother and her.So she asked the devil girl, "How do you think the water is boiling or not?" I can't! Look at it for yourself.""What! A girl can't even see the water boiling. Have you never boiled anything at home?"No!""All right! I'll see for myself.The magic girl then approached the pot and looked carefully at the water.At this moment, Corandi hit him from behind with all his strength.The devil was not prepared at all, so she fell into the hot pot."Ouch! I'm burned to death." After a few gasps, the devil Gou died.Corandi ran happily to open the box and rescued Bangil."Brother, brother! The demon girl died!""Ah! Really?""Well! Really." Collanti told his 。

一个五彩斑斓的屋子，几十里外便可闻到它的香气，让人不禁梦游似的来到了这 A colorful room, dozens of miles away can smell its aroma, people can not help but sleepwalking came to this 里。

那就是我的家：糖果屋。 Li. That is my home: the candy house. 门牌是巧克力片，上面刻着我的名字，用巧克力棒支撑着，插在土地上； House is chocolate chip, engraved with my name, supported with chocolate bars, inserted in the land； 咖啡凝结起来的咖啡片就是门，中间破着一个洞，放着一粒大大的糖果把手； Coffee setting up Coffee piece is the door, the middle of breaking a hole, put the candy handle a grain of big； 还有一头田字格的窗户，它是透明的扁糖，可以打开。

房子的屋顶用一颗颗奶 There is a grid window, it is transparent flat sugar, can open. A milk with the roof of the house 片组成，还撒着醇香的牛奶；墙壁是大奶片的，还涂了奶油，变成了我喜欢的 Film composition, and sprinkle with mellow milk; the walls are big milk tablets, also painted cream, became my like 天蓝色，望着这色，不禁会让人浮想联翩。 Sky blue, looking at the color, can not help but make people Thoughts thronged one's mind.。

-You ever met him？ 你见过他？

I thought he was great at first, but then he didn't turn out so nice. 原本以为他人很好 后来才知道他不是什么好人

He also has a funny haircut. 而且他的发型很奇怪

What makes you feel better when you feel terrible？你沮丧时 怎样才能让心情变好？

What do you have against my family？ 你对我家人有什么意见？

-It's not just your family. It's the whole idea of。 不只是你的家人 而是想到。

They tell you what to do, what not to do。 他们成天规定你能这样 不能那样。

and it's not conducive to a creative atmosphere. 这样是会扼杀创意的

-Usually they're just trying to protect you because they love you. 他们只是想保护你 因为他们爱你

If you don't believe me, you should ask. 不相信的话 就自己去问问

At least, not by myself. 至少不要我自己一个人去

-You want me to go with you？ 你要我陪你去？ 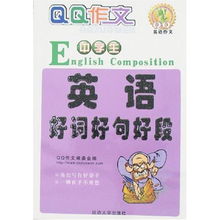 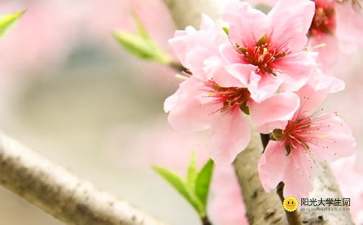 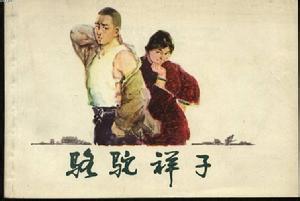 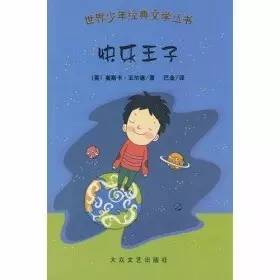 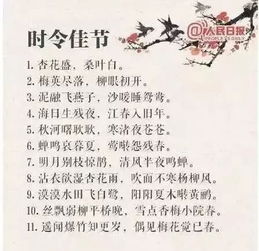 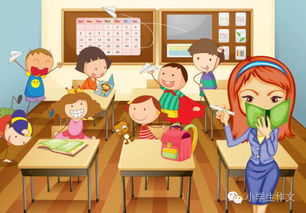